Berkeley was established in 1960 by Tampa Bay-area families who wished to begin an independent co-educational day school as an alternative to the boarding experience.  They were convinced that an independent day school could best combine the elements considered essential to a complete education:  an academic institution consisting of fine facilities, superior faculty and sound program, capable, motivated students, and supportive families.

Edgar T. McCleary, founding Headmaster of Berkeley (1960-1978), came to Tampa from Asheville School in North Carolina and modeled Berkeley on the concept of a New England boarding school.  He and the Board of Trustees were committed to our mission statement of “providing the best possible environment to nurture the intellectual, emotional, spiritual and physical development of each student and to instill in them a strong sense of morality, ethics and social responsibility so that they might attain their highest potential as human beings.”

Classes began in 1961 at St. Andrew’s Parish House with 140 students in grades seven through 12. Shortly thereafter, Berkeley moved to a site on Davis Islands, where it remained until 1979. The Lower Division was established in 1967 and was housed at St. Andrew’s Parish House. In 1979, a new campus was built on Kelly Road for the Middle Division and Upper Division as a result of a $2 million capital campaign. By 1983, another $840,000 was raised to add the Lower Division facilities and unite the school on one campus in 1984.

In July 2011, the school welcomed Joseph W. Seivold as the sixth Headmaster of Berkeley. In October 2018, Berkeley announced it had achieved a milestone fundraising total of $65 million as part of Above & Beyond: The Campaign for Berkeley Preparatory School. The campaign helped fund campus-wide transformation and growth under the guidance of the Board approved Master Plan. In 2021, the school announced the Berkeley Now, Berkeley Forever campaign with a goal of $22 million. The campaign includes the construction of the Forsyth Center for Elementary Education, the Berkeley Chapel, renovations to various classrooms in the Dev Family Lower Division Complex, and the renovation of the Lykes Center for the Arts. The campaign will also significantly increase Berkeley’s endowment in perpetual support of the new buildings and all programs.

Today, Berkeley is home to an 86-acre campus with approximately 1,400 students in grades Pre-K through 12. The 2021-22 school year marked the 60th Anniversary of the school.

What is today known as Founders’ Day was originally called Baker-Aye Day. It was a holiday declared at the Headmaster’s discretion to honor the first two Chairmen of the Board of Trustees at Berkeley, Dr. Colin F. Baker and Dr. Ralph E. Aye.

In the early years while it was called Baker-Aye Day, it was always a surprise. The only person who knew when Baker-Aye Day would be was the Headmaster – no one else. He would announce it at school convocation by simply saying, “Tomorrow will be Baker-Aye Day.” Of course, today it is known as Founders’ Day and is on the calendar so that all can enjoy it on a Monday in October.

It became known as Founders’ Day at the request of Dr. Baker and Dr. Aye, who wished that it be named Founders’ Day in honor of all who gave and sacrificed for Berkeley. That includes board members, faculty and parents- everyone that had any part in the early years of Berkeley. It is a day for all to enjoy but hopefully a day when we give a thought to those people who started Berkeley Preparatory School.

Origin of the Name

The school was founded as the Episcopal Academy Private School, Inc. in 1960.

Founding Headmaster Edgar T. McCleary was a graduate of Yale University and an admirer of Bishop George Berkeley. Bishop Berkeley was a philosopher, an academician and a highly philanthropic person. In fact, one of the Yale Colleges is named after Bishop Berkeley, and in a quote from Yale Book of Arms we read: “Berkeley College is named to honor Bishop George Berkeley in recognition of the assistance – land and books – which he gave to Yale in its early days. The arms came from the seal impressed upon the deed by which the philosopher conveyed to the collegiate school, title to his farm in Rhode Island.”

Origin of the Seal 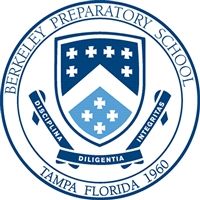 The seal was enclosed in 1980 with the words “Berkeley Preparatory School, Tampa, Florida, 1960.”

The class of 2002 placed a bronze cast seal in the crosswalk of the Steinbrenner Student Center to begin a new tradition – to show respect for the Berkeley seal, no one should step on the seal.

Origin of the Mascot 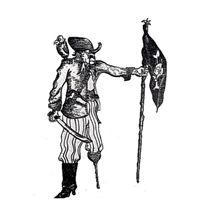 In September of 1961, when the students walked into school for the first time, the school did not have any logos, mascots or traditions. Mr. McCleary had a contest to adopt a nickname for the school and the students selected the Buccaneer. At that time, on the yearbook staff, there was a young man named Ulysses Young who designed a Buccaneer, using this logo in several publications and in the yearbook.

Over the years, the Buccaneer logos and mascots have been modified to their current versions. 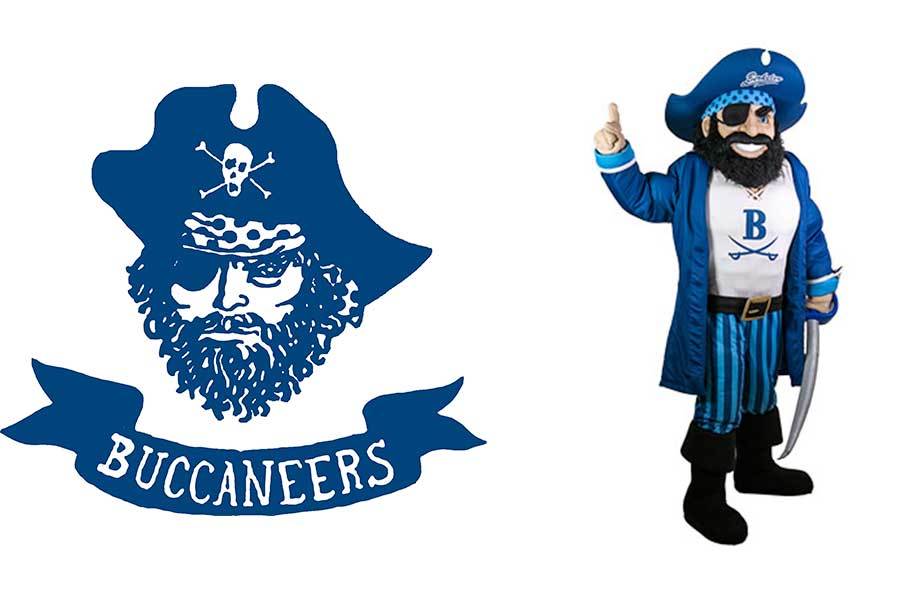 Origin of the Berkeley Prayers

In those beginning days a school prayer was written by Father Robert Maurais, who was the Assistant Headmaster and it is the one that is said at the morning convocations.


Almighty and Loving Father,
source of all wisdom and truth,
Bless with thy love and favor
The Berkeley Preparatory School;

Inspire our founders, teachers and students
with what is right and good,
that we may always be a credit to our country,
our school, and to thee, the only God;
through Jesus Christ our Lord, Amen.

The Prayer of the Berkeley Athlete


Almighty and loving Father, as we enter
into this athletic contest, we ask thy
Blessing upon us and upon our school.


May it be Thy will that we be permitted
to play our best in the finest spirit of
sportsmanship possible.  Watch over us-
guide us - protect us - and through this game,
may we become instruments of Thy Service.
Amen.

Origin of the Berkeley Fight Song and the Alma Mater

The Mighty Buccaneers, the Berkeley Fight Song
The Berkeley Fight Song was written by Melissa Hoffman, who graduated from the school in 1981.  It was composed at the encouragement of her instructors, Melinda Chavez and Tom Berryman, for a humanities class she was taking.  At the time she wrote it, the song was used by the chorus under Mr. Berryman’s direction, and it was sung by the student body for about a year.  It then fell into disuse for two or three years.  Before he graduated in 1985, Melissa’s brother Matthew was asked to find the sheet music at the family home in Clearwater.  He found it and delivered it to Dr. LeBaron who decided it would make a good band-type arrangement for the Berkeley singers.  The Mighty Buccaneers, as Melissa entitled the fight song, has since become a staple in the repertoire of the Berkeley singers and is sung at pep rallies and sporting events.  It is, along with the Alma Mater, the most performed song on the Berkeley campus, and has become a permanent fixture in the traditions of the school.

Make way for the Buccaneers,
we’re going to the top!
A course strong and true we’ll steer,
we’re never gonna stop…
FIGHT! FIGHT!
We’ve got skill, power, strength to drive,
just listen to our cheer,
of that never ending victory cry
of the mighty Buccaneers…
GO BUCS!
The Berkeley Alma Mater
In 1983, during Dr. LeBaron’s first year at Berkeley, Mrs. Hoover, who was then chair of the English Department, visited Annapolis where she was deeply impressed by the musical traditions of the academy.  She spoke with the then Headmaster of Berkeley, Mr. Shepard, about the need for Berkeley to have an Alma Mater.
He asked Dr. LeBaron to take it on as a project.  Never having composed a note of music except for assignments in harmony and counterpoint classes, Dr. LeBaron approached the new Alma Mater with great trepidation.  Nevertheless, it was a success.
Soon after its official adoption by the school, it became traditional for the Berkeley singers to lead the Upper Division student body in weekly singing of the Alma Mater at Friday morning convocations.  That tradition continues to this day.  The Berkeley singers include the Alma Mater in all their concerts both on and off the campus, and it is sung or played at all formal events such as graduation, honors convocations and baccalaureate.
The second verse of the Alma Mater was written for the class of 1986.  It is performed with the first verse at the most formal of Berkeley’s events.

O, Berkeley now we honor
your colors blue and white.
In wisdom, truth and glory
they shine forever bright.
To thee, O Alma Mater,
the years ahead will see
that our days with you were glorious,
Berkeley, hail to thee!
We’ll go along life’s pathway,
old friends and friends to be.
Our teachers and our families
within us constantly.
But Berkeley, always Berkeley,
forever more you’ll be
our beloved shining Alma Mater
hail to thee!

Origin of the Cope and Mitre

In 1961, a need for physical activity for Berkeley students after the sports season had ended was identified by the school.  Thus, the Cope and Mitre competition was established.
The name itself reflects the school’s affiliation with the Episcopal Church and the attire worn by Bishop Berkeley, the Schools’ namesake.  The “Cope” is a long cape, and the “Mitre” is a two-pronged hat, both worn by a bishop.
Each student is assigned to one of these teams upon entering Berkeley and remains on the team as long as he or she is a student.  Captains for each team organize the competition which occurs throughout the year in each division.

Origin of the Berkeley Flag

The Berkeley flag is the most recent symbol to be added to represent Berkeley.
In the spring of 1989 a committee of all-school faculty, student and alumni members met to plan a flag design contest for the fall of that year.  Information about the flag design contest was mailed to all current students and families, alumni students and families and friends of Berkeley.  Everyone was invited to use his or her creativity to initiate a new visual image to represent Berkeley Preparatory School.
In October of that year, six design entries were selected.  The winning flag design was submitted by Mr. and Mrs. Graham Bott and George Bott ’98, then a fourth grader.  The design was unveiled at the Homecoming pep rally on November 10, 1989 and exhibited at the Homecoming football game.
Today the flag is displayed in each division and is used in all special events.

4811 Kelly Road
Tampa, FL 33615
(813) 885-1673
Founded in 1960, Berkeley is an independent, Episcopal, college-preparatory day school located in Tampa, FL, for boys and girls in grades Pre-Kindergarten through 12. Approximately 1,400 students gather here from the greater Tampa Bay area to form ONE Berkeley.